The Chinese auto maker BYD has successfully established as the world’s largest producer of electric vehicles. Elon musk’s company, Tesla, has been pushed back into second position.

According to the reports from Nikkei Asia, in the first six months of 2022 Shenzhen- based company BYD increased it’s sales by 300% and the total sales reached to 641,000 vehicles. While, Tesla sold 564,000 electric vehicles in the same period.

Due to COVID-19 Tesla was forced to temporarily close it’s Shanghai based factory for several weeks which was responsible for half of Tesla global production.

Lockdown in china didn’t let Tesla to produce ample electric vehicles. But the factories of BYD company are situated in the areas which didn’t suffer the longer lockdown period. Hence it continued it’s production pace.

BYD sold 76,607 more vehicles than Tesla in 2022. Tesla was the top producer of electric vehicles around the world for many years.

BYD is experiencing a vast increase in it’s sales in the last year. Just in one year it’s sales has increased to 314.9%. 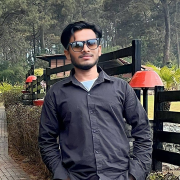 Electric vehicles are not safe?

Electric vehicles are not safe?

With Product You Purchase